Can what you post on social media be used against you? 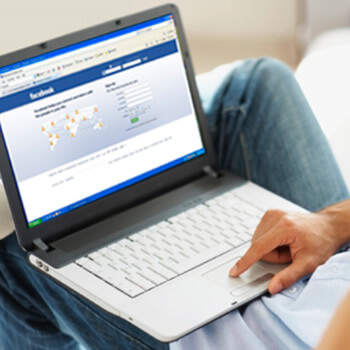 In a child custody case, the answer is yes, everything you post online and make available, can be proven useful in family law cases. You should never assume that just because your profile is private, incriminating vacation selfies or negative posts can’t be used against you. Social networking sites such as Facebook, Twitter and Instagram, constantly invite us to share photos, opinions and feelings with our networking groups. This proves particularly complicated when embroiled in a child custody or divorce case, where social media content can be used to discredit a person’s character.

In some situations, judges have found a party’s social media postings to be admissible as evidence, provided the material is relevant. In the 2013 Ontario case, MBAY v JY, comments made by the father on Facebook were allowed, after he disparaged the mother, and made a false allegation of abuse. The court found the father’s postings to be a “smear campaign” against the mother. Ultimately, the father’s actions backfired, and just made him appear worse in the eyes of the court.

In other situations where a person claims their income and means is too low to provide support, Facebook can speak volumes to what their situation actually is. Posting photos of expensive purchases or extravagant nights out will certainly contradict previous statements and move to credibility. For a long time, emails and text messages have been accepted as permissible evidence, so it only makes sense that social media has come next.

To protect yourself, follow some simple Do’s and Don’ts:

1. Nothing is ever truly 100% private; you never know what may be called upon as evidence.

2. Do not make any mention of your family law case on social media.

3. Do not attempt to make your spouse look bad by posting negative comments anywhere online. Encourage your family to do the same.

To get the marriage annulled, McCain’s lawyers would have to prove in court that Melanson had committed fraud, Mazzeo says.

4. Take a step back, and wait 24 hours before responding to your former spouse. This includes text messages, emails and phone calls. Always keep things calm and peaceful.

“Fraud is criminal deception designed to result in financial or commercial gain,” Mazzeo says. “But I don’t think this would qualify. She was an adult with the ability to make decisions and the ability to ascertain who she was marrying.”

5. If you see something on your spouse’s social media that you find disturbing or contradictory, inform your lawyer right away.

6. If you have posted something online that you think could be used against you, let your lawyer know immediately.

At Mazzeo Law, we understand the decision to separate or divorce can be difficult, especially when children are involved. We have extensive knowledge and expertise in the area of Family Law, and can help you work through complex legal issues. Consultations are free, so give us a call, and we will work hard to achieve the best possible outcome for everyone involved.